My Life to Live 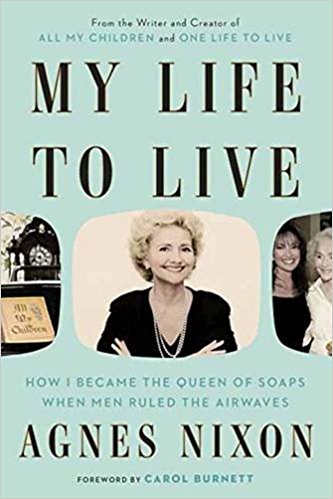 My Life to Live: How I Became the Queen of Soaps When Men Rules the Airwaves is a memoir by the late Agnes Nixon, the writer and creator of the well-known soap operas All My Children and One Life to Live. (Nixon died at the age of 93 on September 28, 2016, and this memoir was released on March 21, 2017.)

I was really looking forward to reading this book. I liked how Nixon’s imagination, intelligence, and perseverance translated into her commercial success. I have never watched traditional soap operas like All My Children, so the book gave me a new respect for how soap operas have been a source of social activism, by challenging the social climate through controversial storylines. Nixon was not only a proponent of social change, but she was a talented writer who balanced her work life while raising four children with her supportive husband Bob.