And Still She Laughs 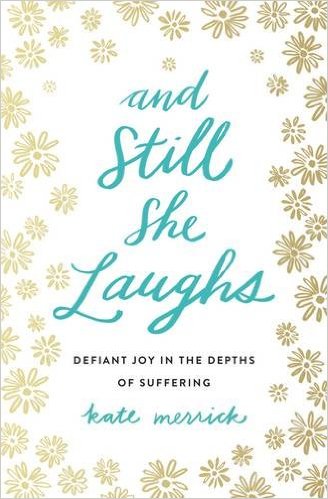 In February 2013, Kate Merrick’s young daughter Daisy Love tragically died of cancer. Merrick is the co-founder of the Reality family of churches, and she is also a writer and blogger. In March 2017, Kate Merrick released her first book, And Still She Laughs: Defiant Joy in the Depths of Suffering.

And Still She Laughs is not a memoir, but rather a Christian self-help book directed towards people who are suffering – not necessarily suffering from the death of a child, but suffering from anything. Merrick shares and analyzes the stories of various Biblical women, from Mary to Bathsheba, drawing insight on how they lived and thrived despite life obstacles. Merrick also uses anecdotes from her own life and grief to help illustrate her points. Though its subject matter is serious, the book has an upbeat tone, and Merrick’s words are very encouraging to readers.