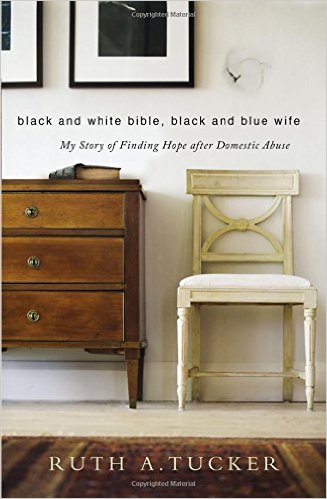 Black and White Bible, Black and Blue Wife by Ruth A. Tucker is a powerful book addressing the problem of domestic abuse. Tucker delivers thoughtful and intelligent points, and she skillfully dissects the ways in which people often defend abusers and condone domestic abuse. Besides being an important and insightful book in general, Black and White Bible, Black and Blue Wife is a great resource for individuals who like to keep up with the egalitarian vs. complementarian debate. Tucker excellently analyzes the viewpoints of various pastors, and I especially appreciated the chapter “Two to tango? The Burden of Blame, Shame, and Guilt” which discusses how women are often blamed for their own abuse.

Tucker has so many perceptive things to say regarding headship, mutuality, misogyny, and abuse of power. Through telling her story, Tucker gives a good lesson on the traits (and red flags) associated with an abuser. She also discusses the meaning of Biblical passages, and shares journal entries she wrote during her abusive marriage. Tucker’s story will resonate with readers; I am so glad that she wrote this book!

You can find Black and White Bible, Black and Blue Wife here.