They Were Christians: The Inspiring Faith of Men and Women Who Changed the World 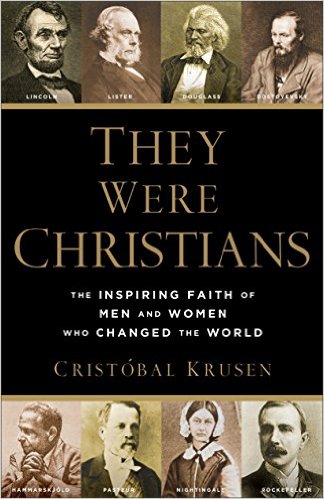 They Were Christians: The Inspiring Faith of Men and Women Who Changed the World by Cristóbal Krusen profiles inspirational Christian figures throughout history. I was very familiar with some of the people spotlighted, such as Abraham Lincoln and Charles Dickens, though I was less familiar with others, such as Dag Hammarskjöld (the second Secretary-General of the United Nations) and Jean-Henri Dunant (the founder of the Red Cross).

In all, the book profiles one woman (Florence Nightingale) and eleven men. Though each of the individuals in this book were Christians, not all of them were necessarily likable. (Charles Dickens, for example, once wrote to a friend that his wife was “as near being a donkey as one of her sex can be,” though I think his inclusion in this book is still appropriate, since he did profess to be a Christian.) Most of the people profiled in the book were very admirable, and I enjoyed reading about how their faith influenced their work.

You can find They Were Christians here.