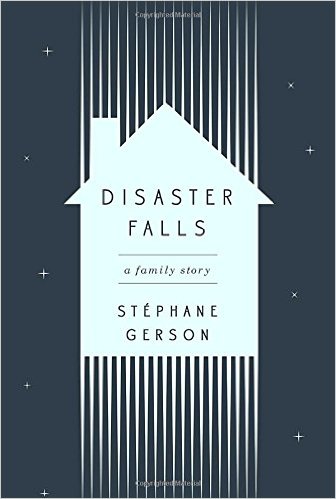 In 2015, I read Rare Bird: A Memoir of Loss and Love, about the tragic death of Anna Whiston-Donaldson’s 12-year-old son Jack, who died during a flash flood. Disaster Falls: A Family Story by Stephane Gerson tells a similar story: Gerson’s 8-year-old son Owen died while white-water rafting with his family in the Green River. In both cases, the family had one other surving child,* and they suddenly found themselves navigating through an entirely different existence. I highly recommend both books.

Gerson is a cultural historian and French professor, and he writes with thoroughness and intellect. Disaster Falls is not written in chronological order, and Gerson frequently flashes back and forth from before the accident, to the day of the accident, to the aftermath of Owen’s death.

Gerson writes well. He shows how the death of a child is categorically different than other deaths – like the “good” death of his aged father. He shows the isolation that bereveaed parents feel, when the rest of the world does not understand their situation. And he shows how he, his wife Alison, and his surviving son Julian (who was 11 at the time of the accident) all grieved and grieve in different ways.