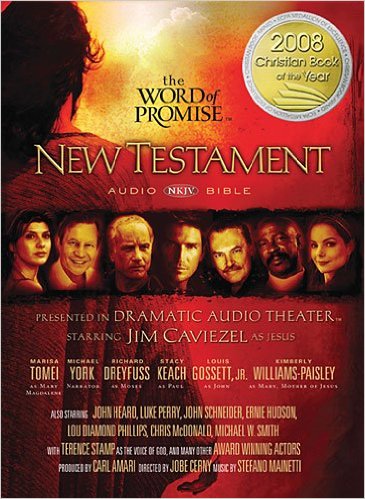 Having an audio recording of the New Testament, especially in CD format, is very nice. I already have a New Testament recording on cassette tapes, but since my tape player is getting older, and CDs are much more practical than cassettes in 2015, this is a neat product! Also, my other New Testament recording is only read by one person, whereas this features a whole cast of characters. I recognize almost all of the main voice actors, so it’s interesting to listen to these actors that I’ve frequently seen in movies. This audio Bible dramatizes the New Testament in a captivating way, making it easy to process the meaning of the Scriptures.

You can read more about The Word of Promise: New Testament Audio NKJV Bible here.